The Historical Importance of Lahore

Lahore’s early history is obscure, inauthentic, and based on myths and legends. There is practically no historical mention of the city in travelogues, history books, or archaeological excavations. Historical chronicles do not mention the existence of such a city when Alexander’s forces crossed Punjab about the 4th century B.C. In the travelogue of Chinese traveler Hieun Triang, who visited India in 630 A.D., there are traces of a town or settlement of the Hindu “Shahiya” dynasty near the location of modern-day Lahore.

The name Lahore originated from the 1021 A.D. claim of Mehmood of Ghazna conquering it from Trilochan Pala, king of the Hindu Shahyia Dynasty of Kabul. Lahore was built by his slave Ayaz, who was his confidante and the one who built the mud citadel around the city. 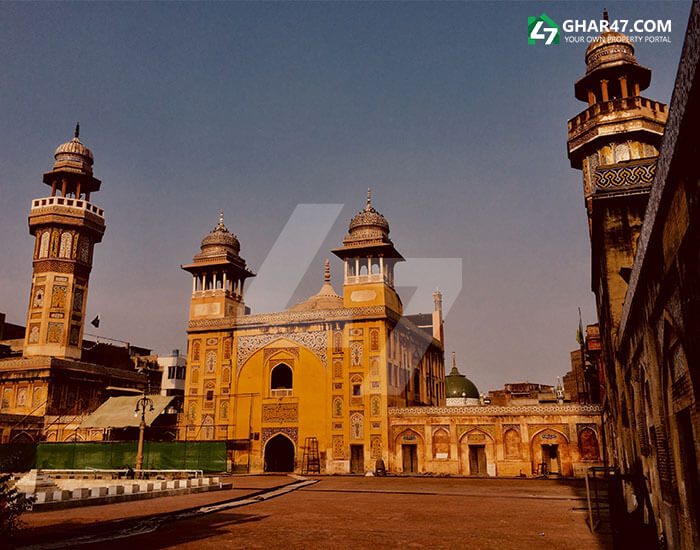 For the first time, in 1036, Lahore was considered the capital of Ghaznavid’s dominance east of the Indus, which made Ayaz, the founder of modern-day Lahore, Governor or “Hakim”. A Muslim historian named Al-Beruni describes Lahore in his book Tarikh-ul-Hind. Lahore is a born Muslim city.

It is a modern metropolis and cultural capital. This view is confirmed by the 1959 archaeological excavations in front of Dewan-e-Aam, Lahore Fort. Ayaz Malik’s tomb is in Rang Mahal area, the first Governor of Lahore.

In different periods of its history, Lahore has witnessed turbulence, peace and tranquillity, cultural festivity, and devastation and destruction. Even after its birth as a metropolis in the 11th century, it always remained important. The city’s strategic importance has never been overlooked, and it remains a provincial capital to this day. A period of immense magnificence prevailed in Lahore during the Mughal era, between 1521 and 1752 A.D. From 1572 to 1584, the city was in chaos and confusion.

Despite escaping the horrors of Nadir Shah for a fee of 20 Lacks, Lahore was plundered and looted for more than 30 years by Sikh Sardar Lehna Singh of Bhangi Misal. From 1798 to 1848, there is the rule of Ranjit Singh and the SIKH. Following the death of Ranjit Singh, the Sikh rule in Lahore was turbulent and tumultuous, with factional fighting devasting it’s peace and prosperity; after 99 years of British rule, the city became the second-largest city and cultural capital of Pakistan. Almost all of Lahore’s monuments, buildings, Havelis, and gardens date back to the Mughal era, during which Lahore reached its peak. Ranjit Singh Smadh is the only example of Sikh influence. As a result, the British built a new city on the south side of Lahore, disregarding the walled city. These included The Mall, Civil Lines, and Cantonment. A blend of Islamic and Gothic architecture was used in several buildings.

Lahore, the original seat of political power and cultural tradition in Pakistan, is one of the most colorful cities in the country. Few other cities match its excellence, such as Isfahan and Dehli. The walled city has pages of history imprinted on its buildings, monuments, mosques, and maze-like network of streets. Colorful cultural life has shades of almost every ruling elite and generation like music, food, dance, political awareness, religious sentiments, and poetic flair of common people.

In the walled city, the lively social scene is rapidly deteriorating, as unauthentic, irregular growth of buildings and plazas replaces old, beautiful buildings and has also ruined the scenic beauty of the city.

Although ruled by the Governor of Multan, Lahore was named after a ruling Brahman family

As a result of Sabuktagin’s invasion, Raja Jai Pal, monarch of Lahore, was defeated in 998 A.D. by Sabuktagin, king of Ghazna.

Multan’s governor Nalatgin invaded Lahore in 1034. However, two years later, he was expelled. Mahmud Ghaznavi appointed Malik Ayaz, the founder of the Ghaznavid dominions, the governor of Lahore in 1036. Lahore became the capital of the Ghaznavi Empire during the reign of Masud II (1099 – 1114). In 1119 A.D., Muhammad Baalim, the Governor of Lahore, revolted following the death of Masud II.

In 1206 A.D., Muhammad Gahuri died and Qutab-ud-din Aibak became the Sultan of Lahore. Lahore became the capital and the Sultanate was established.

It is estimated that Qutab-ud-din Aibak died in 1210  in Lahore. So his was the historical details of the beautiful and the historic city of Pakistan. Lahore even still has a huge importance because of the cultural landmarks still in the city. The city still has a lot of historic monuments in it, which stay crowded all day.

We will appreciate it if you share this amazing piece of information with others. If you want to read more amazing articles like this one, you can visit our blog where we post interesting and useful posts.