A road encircling a city or region  is called as ring road. This can be a single road or combination of many roads. It’s purpose is to ease traffic congestion by providing signal free corridor for the commuters. Many cities around the world have ring roads like, Moscow Ring Road, Berlin Ring Road, Paris Ring Road, Manchester Ring Road, London Ring Road, etc.

Historically cities were fortified with the massive walls for security purposes and a road was encircling the city. City had many gates or entrances leading to other important cities or regions via these ring roads.

The same old concept is developed on large scale. Now interchanges have replaced the gates but ring roads are serving the same purpose of solving congestion problems and connecting cities to other areas. The modern 4 lane ring roads started in USA during 1930’s.

Lahore ring road is a 85 km long, 6 lane signal free orbit encircling the city. Lahore ring road was first planed in 1992. But due to many changes and delays, construction work finally started in late 2014. It has been divided into two parts. Northern and Southern parts. 40 km northern part is complete and operational. But construction of 45 km long southern part will start in early 2016.

Due to the construction fo Lahore ring road, real estate sector has benefited a lot. Many stories of rags to riches can be heard in the areas where ring road is passing. The area opposite to Alama Iqbal International Airport has gained the most. Land per acre was sold for just 500000 PK Rupees in 2000. But now the price of 1 kanal residential plot is 10 million PK Rupees.

Housing bubble of 2008 started credit crunch worldwide. Pakistan was not insulated from this economic meltdown. Real estate sector was badly affected by this credit crunch in Pakistan. The property slump continued till 2009. After 2009 property market started picking up. Reason was the completion of Lahore ring road northern part. Areas surrounding ring road came to prominence and people started investing again due to good return prospects. Which ultimately boosted the real estate sector and this wave of change swept across the country and Pakistan emerged from the housing bubble. In 2009 average price of 1 kanal residential plot in DHA Lahore was 4.5 million PK Rupees, now it stands at 15 million PK Rupees.

Pakistan’s property market is stagnant now. But we will see real estate boom when construction of southern part of Lahore Ring Road will start. Lahore is Pakistan’s best property investment hotsopt. When real estate activities will pick up in Lahore, we will see property boom all over Pakistan.

This is the right time to invest in the housing schemes & developments that are located near the route of the southern loop of Lahore ring road. As, past trends show, once this part of ring road is complete, investments will yield high returns as it happened when northern part was completed. 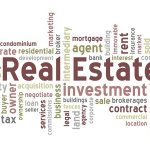 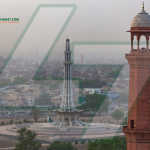 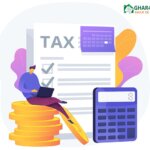