Besides a lot of beauty and architecture, the palace is now in miserable condition. Once an icon and a masterpiece, no is empty and the building is getting damaging.

If we analyze the structure, design, quality, and other aspects of this historic monument, it could be a great historical monument to have.

This main building of the palace is now closed for visitors and the general public. Moreover, the tiles and marble on the walls also start getting missing.

The outstanding design and architecture way back in that time shows the excellence of the architects and designers of that time.

The palace consumes a total area of 100s of acres. The monument of Sadiq Garh Palace is a spacious one and inside of it, there is a lot to explore out.

At that time, the construction of this masterpiece costs up to 1.5 Million Rupees. It was a huge amount back in the late 18th century.

Even having a huge financial budget specifies for building and designing this palace, it still takes about 10 years to get completed.

Quaid e Azam Muhammad Ali Jinnah, Lord Mountbatten, and Shah Iran Muhammad Raza Pahlavi had visited this palace and stayed in this palace as a guest of Nawab.

All of these facts show how historically vital this monument is.

As discussed above, the Sadiq Garh Palace is a big monument of 100s of acres. The whole area has the main palace building, mosque, parking area, big gardens, and many more.

The main building of the palace has about a hundred rooms in it. The building is decorated with white marble. The white marble always looks appealing and attractive.

Along with the main palace building, there are entities like Secretariat for handling the governmental and related issues. There is a Mosque, an armory, and an automotive Workshop.

The Sadiq Garh Palace has Italian and British architect designs as well. This one building truly reflects the art and the craftwork of both the East and the West.

The Sadiq Garh Palace also has a parking area as well. This area was used for the cars owned by Emporer at that time. The cars were later auctioned or were taken by heirs. The current condition of this huge and historic monumental is very miserable. The palace and the other buildings within are in very bad condition.

For years, there is nobody living in the palace, but still, it is close for the general public. This is one of the biggest reasons for the damage of this masterpiece.

There is also a lack of maintenance budget specified for this monument. So overall this building is not in the state it should be.

The government of Pakistan should pay some attention to all these historical downcasts. Moreover, they should also make a strategy for the revival of this and every other historic memorial in such a condition.

By doing this they not only will have the revival of the historic background of the region but these places can also be a perfect tourism spot as well.

Sadiq Garh Palace and many other historic buildings and memorials lie under the administration of the Government of Pakistan. So Government should focus on repairing these historic monumentals.

We hope that you find all the details mentioned about Sadiq Garh Palace very informative. We will love to read your thoughts about this historic monument of Sadiq Garh and this blog in the comment section down below. 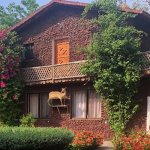 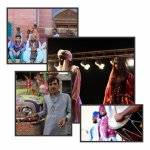 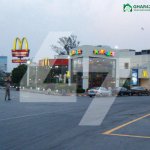 Apartments and Shops for sale Mcloed Road Opposite Lahore Hotel…